Private Wealth Advisors. Advocates. Financial quarterbacks. As your team, we provide the individualized attention of a boutique practice backed by the strength and stability of UBS, one of the largest wealth management firms in the world. Our process starts with a deep understanding of you, your family and your values.

We are a highly experienced team of Private Wealth Advisors who have worked closely together for more than 20 years. Louie Sampedro’s background in philanthropy and Chris Barra’s extensive military service provide us with the leadership and global perspective to offer wise advice, guidance, or tactical solutions.

Whether we’re working with entrepreneurs looking for creative solutions for exiting a venture or exceptional, multigenerational families requiring access to the firm’s top financial minds, we are driven to place integrity, transparency and trust at the center of our practice. We strive to consistently put your best interests first and keep you moving forward with comprehensive wealth management that answers your immediate needs and addresses your long-term goals.

“ For many of our clients, managing wealth means managing risk. We look at each client’s situation holistically, providing the industry experience, firm access and global savvy to help provide innovative solutions.”

“ We’ve built long-lasting relationships by being resourceful, flexible and consistently reliable. We engage with each generation to help educate and support the values and vision of your whole family.” 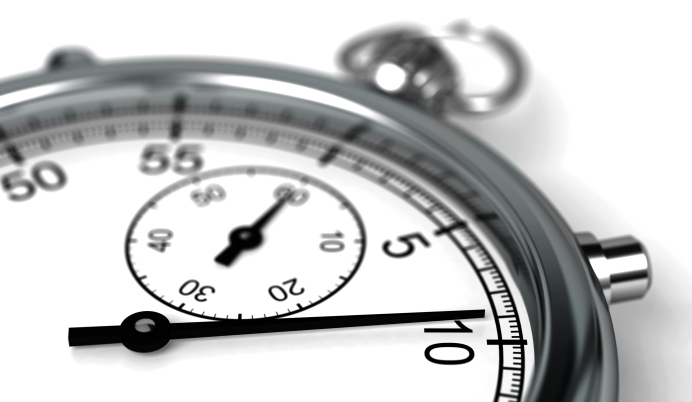 We help you address the full cycle of business needs. Whether you’re building capital, preparing an IPO, selling your company, looking to manage existing liquid assets or transferring wealth, we have a honed process for helping you make smart, informed financial decisions.

Post-liquidity planning. The right wealth management processes and strategies can help you make a successful transition to the next phase of your life. We’ll conduct a thorough analysis of your situation and coordinate with our network of external and internal UBS specialists to deliver the technical and planning expertise you need.

IPO wealth planning. Working with a range of clients who are navigating an IPO, our process begins with critical pre-liquidity planning and progresses through execution and closing. We help with deal valuation opportunities, tax considerations and post-liquidity planning by coordinating with our network of boutique banks as well as UBS and third-party specialists.

Solutions for consolidated positions. We have considerable experience with solutions for immediate monetization and hedging for holdings. We educate clients on the risks of holding a highly concentrated equity position, options for liquidating and/or helping to preserve the value of this position and the tax consequences of various strategies. Your estate: Planning focused on the needs of each generation

We invest the time to understand your family wealth dynamics and the important decisions you face. Whether providing services directly or coordinating with your family office, we can help bridge the generations within your family, serving your current needs and helping you meet the goals of future generations.

The entire firm for your entire family. We facilitate cross-generational conversations that can help you determine how best to articulate your values and put them into action. In addition, we offer access to a host of UBS events and opportunities, including the Young Successor Program.

Trust and legacy planning strategies. Your family’s financial security may depend not only on how you manage your wealth today, but also how you preserve it for the future. Estate planning and personal trusts can help ensure ongoing management of your assets, help minimize or eliminate estate and transfer taxes, and protect your assets across generations.

Liquidity. Longevity. Legacy. Our approach can help you organize your financial life into three key dimensions: Liquidity—to help provide cash flow for short-term expenses, Longevity—for longer-term needs and Legacy—for needs that go beyond your own. Through the plan we create together, we can help you pursue what matters most today, tomorrow and for generations to come.

Time frames may vary. Strategies are subject to individual client goals, objectives and suitability. This approach is not a promise or guarantee that wealth, or any financial results, can or will be achieved. We help exceptional families take a strategic and sustainable approach to managing their wealth for continuity. We have access to a global team of specialists and takes a systematic approach that extends beyond the purely financial to help you create a legacy with a lasting impact.

Your values, your vision. From implementation to governance to ongoing oversight, we offer comprehensive advice to help you define and truly realize your unique charitable vision.

A strategy for your legacy. You’ve taken risks to get where you are and now, when it comes to the legacy you leave, you want that risk managed. We help provide clarity on how your wealth can be utilized for good. With, of course, the goal of superior after-tax performance.

Sustainable investing. Investing sustainably can be a powerful and effective way to drive positive change in society potentially without having to compromise your financial return. Each asset class—including equities, fixed income and alternative investments—has sustainable options that have achieved risk and return outcomes as good or better than conventional investments.

The entire firm for your entire family. We facilitate cross-generational conversations that can help you determine how best to articulate your values and put them into action. In addition, we offer access to a host of UBS events and opportunities, including the Young Successor Program, designed to help your children (and grandchildren) expand their financial literacy under the guidance of professionals in the areas of entrepreneurship, innovation, leadership and philanthropy.

Sustainable investing strategies aim to incorporate environmental, social and governance (ESG) considerations into investment process and portfolio construction. Strategies across geographies and styles approach ESG analysis and incorporate the findings in a variety of ways. The returns on portfolios consisting primarily of sustainable investments may be lower or higher than portfolios where ESG factors, exclusions or other sustainability issues are not considered, and the investment opportunities available to such portfolios may also differ. UBS Private Wealth Advisors, we provide access to UBS global platforms, the highest levels of senior leadership at the firm, and a vast network of financial and intellectual experts in Wealth Management, Asset Management and our Private and Investment Banks.

Advanced Planning Group. Planning analysts regularly evaluate how changes in the legislative and tax landscape might affect your wealth.

Portfolio Advisory Group. We draw on the expertise of strategists who are exclusively dedicated to portfolio structuring.

Family Advisory Group. This group offers solutions that extend beyond your portfolio. As active investors, our clients encounter substantial liquidity and tax challenges. Whether you face a post-IPO concentrated equity position, are looking to monetize your holdings or want to preserve value and ease tax considerations, we offer deep technical experience and access to global specialists.

Asset allocation and risk. Through our comprehensive due diligence and planning process, we gain a deep understanding of your entire financial picture. This allows us to craft an asset allocation that seeks to balance your tolerance for risk with your family’s growth and income goals.

UBS is the largest wealth manager in the world.1 Our team has built strong relationships with an extensive network of specialists across the firm. We leverage these relationships, as well as professionals across the industry, to connect you to an array of resources across the globe.

A heritage of leadership. UBS has been successfully managing its clients’ wealth for more than 150 years, with deep resources in investment, banking and asset management businesses.

An independent platform. One of the great advantages our team has is our truly independent approach. We offer flexible solutions and are not constrained to internal investment products.